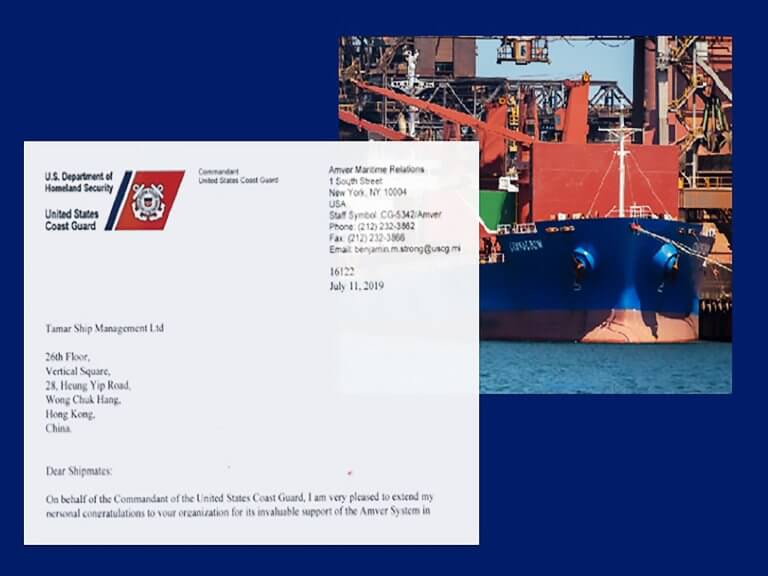 AMVER is a worldwide voluntary reporting system sponsored and developed by the United States Coast Guard since 1958. It is a maritime mutual assistance organization which provides important aid to the development and coordination of Search and Rescue (SAR) efforts in many areas of the world. We are thankful that Tamar’s commitment to the safety of life at sea has been well recognized. 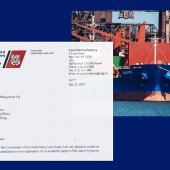